Ahhhh the Ultimate Reset is over. 21 days of discovery and changing some habits. I’ve learned quite a bit about myself as well as reignited my love for cooking. This is not to say it’s been a gravy train(no pun intended) but it has really been an experience that I highly recommend. I don’t know how it happened but I do seem to have more energy although my calorie intake is still way too low and I’m sleeping less than before the Reset. My mental clarity has also improved.

With all this being said, I am very pleased with the results. Now that I’m finished and have had a chance to look back on the past 21 days I have realized several things. The first thing that I discovered or rediscovered is how much I really enjoy cooking. The first 11-12 days were difficult as I was detoxing and my brain just wasn’t functioning like it should have. Once that cleared up I was able to organize better and prepare more for each day and the next day.

Another thing was that some people kept saying they were sleeping better, feeling energized, thinking clearly, organizing their houses and lives and other benefits while I wasn’t feeling any of that. Towards the end of week 3 I started feeling some of that and began doing some organizing and put together a large TV stand and other things I’d been putting off. The takeaway I get from that is that everybody is different and it will really affect people in different ways especially depending not only on physiology but how we took care of ourselves before the reset.

It is recommended to continue and reverse the weeks for the following 3 weeks to work our bodies back into eating more again and adding the things that were eliminated. This is not to say to start eating donuts and drinking tons of coffee but slowly adding back in the proteins and grains that our bodies may be craving. For me I’m craving a big lean steak and my chocolate Shakeology but it’s not recommended to add those in for a week so I’m going to try sticking to it as best I can. The weird thing is that I don’t really even eat red meat any more but that’s what my body wants right now. My tastes have definitely changed but there are some things that probably won’t change. I will definitely be adding many of the recipes into my regular routine because they were so good. I will also modify several of them more to my tastes and experimenting to see what else I can come up with.

For anyone who wants to try the Beachbody Ultimate Reset and I highly recommend it, remember first of all that it’s extremely challenging. It is just as challenging as an extreme workout such as P90X or Insanity. Also, remember that it’s only 21 days. Granted during week 3 I was really thinking it was longer. It just seemed to never end which is part of the challenge. The other part of the challenge is the timing and working it into life. Preparation is the key. Going through the books and recipes ahead of time and being prepared for duplicate meals which there are many can be a real time saver and make this much easier. 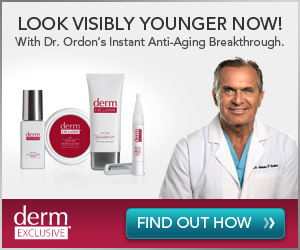